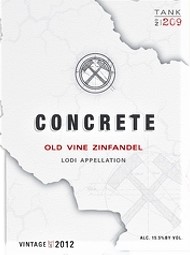 The US, when first discovered by the Vikings, was covered in vines and they named the area Vineland. Unfortunately the early settlers discovered that those vines produced a terrible wine. The effort to find a suitable vine for the US began in earnest in the 1600s with the introduction of the Mission grape to Texas, Arizona, and New Mexico and Vitis vinifera to Virginia.  America’s first commercial winery was not established until 1798, finding its home in Kentucky.  Today the US is the 4th largest producer of wine in the world, behind Spain and ahead of Argentina, accounting for 8% of the world’s wine production. There are 89 regions in the country planting 129 prime varieties of grape. The country has almost 8000 wineries producing 800 million gallons of wine in 2016.

California is far and away the largest grower and producer of wine in the country.  There are almost 600,000 acres of vines, 5900 growers and 4700 wineries in the state producing 238 million cases of wine. Chardonnay and Cabernet Sauvignon are the most common wine varieties accounting for about 90,000 and 85,000 acres planted, respectively. The state has 5 main growing regions: Central Coast, Inland Valleys, North Coast, Sierra Foothills, and South Coast.  Within these 5 regions are 200 AVAs.  The AVAs  are defined by geography only.  85% of the grapes used on an AVA labelled bottle must be grown there but there are no restrictions on what grapes or amounts that can be used.

The central valley of California, collectively known as the Inland Valleys, is an extended 450 miles of fertile farmland stretching from Redding in the north to Bakersfield to the south, best known for its vegetables and nuts. The central valley wine growing regions though, are compressed into a smaller 200 mile segment in the middle portion of this area beginning a little north of Sacramento near Esparto and finishing just north of Fresno with the San Joaquin River defining the southern edge. There are 5 separate appellations or AVAs in the Inland Valleys, including the northern most AVAs of Capay Valley and Dunnigan Hills; the central area AVAs of Clarksburg and Lodi; and the southern most AVA, Madera. These Inland Valley AVAs account for almost 50% of all vineyard acreage planted in California. Lodi and Madera AVAs produce 75% of the wine from these 5 Inland Valley areas. Predominate grapes grown in this region are Zinfandel, Petite Sirah, Brandy grapes, and Muscat of Alexandria. Brandy grapes, generally a white variety, but not exclusively, include Flame Tokay from the Lodi AVA and Thompson Seedless from the Madera AVA. Other Brandy grapes include Burger, Green Hungarian, French Colombard, Malaga and Muscat of Alexandria. Muscat of Alexandria, a white grape, is considered one of the oldest genetically unmodified vines in the world today.  It is used many as a table grape or for raisin production. The grape is also used in making port, sherry, and as already mentioned, brandy.

As the south flowing Sacramento and north flowing San Joaquin Rivers complete their Inland Valley journey to the sea, they merge, turn west, and discharge their combined waters into the San Francisco Bay. The rivers are forced to turn west here as they have to wrap around the deflecting, elevated plateau that eventually throws off its cloak of easy nonchalance and transforms into the youthful, snow-capped Sierra Nevadas to the east. Lodi AVA claims its place in California viniculture as the east bank occupant of this plateau and the pre-Sierra Nevada foothills. Lodi is spread over 550,000 acres with 90,000 of those precious acres dedicated to growing grapes; more than the rest of the north and central coast regions combined. Cabernet Sauvignon, Chardonnay, Merlot, Sauvignon Blanc and Zinfandel are all grown in abundance here. These 5 varietals out pace the rest of California in terms of grapes grown and produced. Zinfandel is the 800 pound gorilla in Lodi, producing more of these grapes than anywhere else in the world. Zinfandel has been around for a long time in Lodi, boasting many old vine plantings, some exceeding 120-years in age. The area was able to escape the 1930 prohibition era by the wink and nod claim that the vineyards were all for home wine making use. The AVA is home to roughly 60 wineries with some very large producers located here, such as Robert Mondavi and Sutter Home. Another 90 or so non-resident wineries source their grapes from Lodi. The soils of Lodi are predominately composed of thick, well drained loams with large stones exposing themselves here and there.  The breezes coming across the San Francisco Bay provide the basis for a Mediterranean climate of cool nights, warm days and very dry summers.

The Lodi AVA takes its name from the city of Lodi, a community of 65,000 sitting at the lofty heights of 45′ above sea level, 80 miles east of the Pacific coast and 50 miles west of the Sierras.  The city traces it origins back to the 1840s but it wasn’t until the turn of the century that they decided to become a legitimate settlement by incorporating in 1909.  The area’s Flame Tokay grape inspired the 1907 Tokay Carnival that drew 30,000 visitors and crowned Miss Bertha de Alamada as the first and last, Queen Zinfandel. In addition to wine the area was once known for prodigious production of wheat and watermelons. Wine, wheat and watermelons, oh my.

Zinfandel grapes are identical to the Italian Primitivo and the Croatian Tribidrag grapes. It is believed that this grape originated in Croatia, just east, across the Adriatic Sea from Italy. The grape, today, is grown predominately in the US and Italy with these 2 countries accounting for about 80% of the worldwide planted acreage. In Italy it is the 12th most common grape planted, mainly in the boot region of Puglia. In California it is the 3rd most common grape grown, behind Chardonnay and Cabernet Sauvignon (possibly it is the 3rd most common grape in the US also). World-wide it is the 29th most common grape planted. The grape was introduced into the US in the early 19th century along the eastern seaboard and didn’t reach the west coast until about 1850. Zinfandel grapes are dark, thin-skinned, high in sugar, producing a bold, full-bodied wine with aromas of strawberries, blackberries and cinnamon. The wine is known to have an alcohol content reaching or exceeding 15% but low tannins and acidity result in a generally short shelf life especially as a white Zinfandel.  Due to its thin skin it easily turns to raisins in hot weather or excessive time on the vine.

The Concrete Wine Company, established in 2014, is named for its mid-1900s concrete fermenting tanks.  Three partners started the company; Tyson Rippey, who is the director of operations at Lodi Vintners, and wine makers Joseph Smith and Barry Gnekow. The company produces their wines through a layered system of fermentation and aging, ostensibly achieving great wines at an economical price. The wines are fermented separately in three different portions; concrete, Flash Détente in stainless steel, and French and American oak barrels, mixed back together, and followed by ageing in the same oak barrels. This process creates what the company calls the Vertical Profile Palate, producing flavors that travel vertically in the mouth instead of horizontally.  Ok.

The company’s Lodi, head trained, old vine Zinfandel vineyards were planted in the early 1900’s and are considered to be some of the oldest in the AVA. The vines are planted in well drained, loamy soils  encouraging deep root penetrations into the cool subsoil.  The vines are chilled and shaken by the nightly western breezes coming off the San Francisco Bay. The Lodi climate has a growing season, diurnal temperature range of  50-90ºF and a rain-fall range of 0-2.0″ per month. July and August rains are rare.

The 2012 the Zinfandel grapes were picked with a Brix range of 25-27. The grapes were crushed, de-stemmed, and separated. The wine then went through the Flash Détente process in addition to fermentation in a combination of 75-year-old concrete tanks and small 60-gallon, new and used French and American oak barrels. The wine is aged in these same oak barrels for at least a year.

This is an outstanding Zinfandel exhibiting a wonderful ruby chocolate color, a cinnamony plum aroma and a full-bodied, but smooth, berry taste. It has a nice medium finish.

Enjoy this wine with a grilled, chopped onion stuffed, high-fat burger, topped with avocado slices or guacamole, bacon, Swiss cheese, and a fried egg, all served on a light wheat flour bun.  Add a side dish of fruit slices of apple and orange mixed with almond slivers and big spinach leaves to complete this California repast.

An outstanding wine at a fair price. Drink now. Decant and aerate for one hour, or more, before drinking.  I tend to shy away from California wines, not due to quality, but rather their price tends to be higher than comparable wines from other regions of the world, but this wine is not only delicious but very economical.