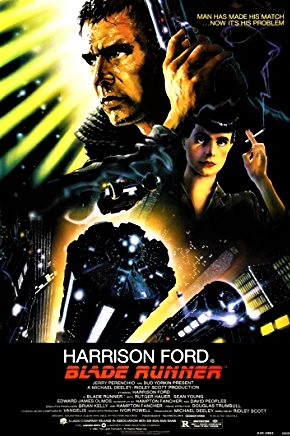 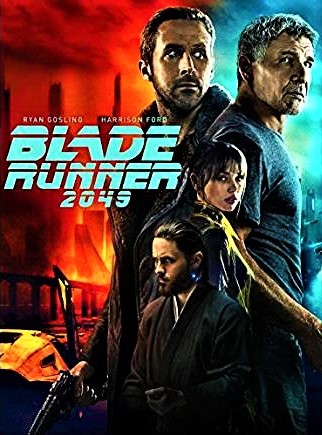 In a not too distant dystopian future, replicants, or bio-engineered humans are created to perform tasks humans can’t or won’t do.  Due to their greater than human physical attributes they are relegated to planets beyond  Earth, kept as slaves and forever banned from humanity’s home planet.  The replicants, in case they escape their captivity, are created with built-in fail-safes; a four-year life span and sterility.  Blade Runners (Harrison and Gosling) are bounty hunters hired to retire, kill, fugitive replicants. In the first Blade Runner movie Ford hunts down replicants that want to live beyond their 4 years of existence. In the second Blade Runner, Gosling, a replicant himself and a Blade Runner, a rather bizarre twist causing serious cognitive disconnects, searches for the replicant miracle: the spawn of a replicant, reminiscent of the 1993 Jurassic Park fail-safe: the all-female dinosaurs couldn’t reproduce but they found a way.

Philip K. Dick in his 1968 book, Do Androids Dream of Electric Sheep?, explores the meaning of human life. What distinguishes humans from replicants or any sentient life?  These two movies follow a similar path as the book, a similar plot but eventually go deeper; delving into man’s ability to create life, to control life, to supplant God. If creation is the mark of God does man reach godhead by creating a likeness of himself?  What are man’s responsibilities as a creator; what are his duties to his children?

In a symbolic scene from the first movie, Roy (Hauer), leader of the renegade replicants, is reaching his pre-programmed death as he pursues Deckard (Harrison) for destroying his vision of salvation from the fail-safe. As his death advances he loses control of his hand muscles and to stave off the inevitable he pushes a square nail through his palm and out the other side to stabilize the involuntary contractions. A painful suffering from, or possibly for, his creators’ designs. Roy finally reaches Deckard who is slowly slipping from the roof of an apartment building.  As Deckard’s grip gives way, Roy clasps his wrist and pulls him to safety; the hunted saving the hunter. As the two sit on the roof and face each other, Roy’s life slowly leaves him as he recites his eulogy:

“…All those moments will be lost in time, like tears in rain. Time to die.”

The creation dies having shown mercy and empathy.

The second movie explores the miracle of birth that couldn’t happen.  A birth from the womb of a replicant, a birth of a detached and lonely creature, but a true gift to humanity.  A child that transcends our being by giving us our memories.  Memories that make us whole and real: human.  A child burning bright, leaving a future by leaving a past, but denied progeny.  She is Asimov’s 1951 Foundation Mule; a conqueror and a giver, but sterile.

These are movies examining the meaning of God, what it is to be God. An examination of the burdens of God. An investigation into what it means to strive towards godhead. An investigation of paths taken and not taken.  An inquiry into our will to die for our creations or to live with them. Will God come when we become gods?