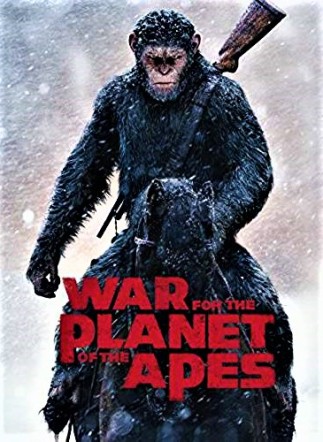 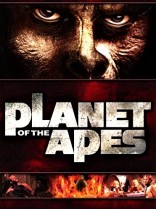 War for the Planet of the Apes is the third, and unlikely the last for Cornelius is just a young monkey, installment of the Planet of the Apes reboot series, or if you are keeping track, the eighth movie since the original 1968 Plant of the Apes film. Keeping the story front and center, director-writer Matt Reeves, and co-writer Mark Bomback have created a compelling drama with just enough action-adventure-war added to maintain the tempo and interest in this 2 hour and 10 minute epic about biblical-type survival, family, and revenge.

Caesar played by Andy Serkis delivers a compelling performance of a compassionate angry ape, succumbing to baser instincts of survival, eventually finding peace through the delicate innocence of a mute little girl; enabling him to assume the mantle of Moses, leading his people from bondage. It might be a tad much to have both Caesar and Moses on the same stage, but it does seem to work.

Woody Harrelson, playing the hard, single vision, blinders on, Colonel, finally has found a role, post Cheers, to showcase his talents. Harrelson produces a highly believable persona of a driven man that allows the survival of his species to obscure the other options available to this other-wise intelligent character.

Bad Ape played by Steve Zahn provides the comic relief that so far has not entered into this franchise.  A short 2007 song by Bad Religion seems to provide some predictive pathos for Bad Ape and the movie as a whole.

Ape shall not murder, ape wasn’t so sure
Bad ape, you made a mistake
Annihilation in a cannibal war
Well, cultivation might have served you
Might have raised you up unscathed
If you had called that f—– by its name…

Did you listen to the arbiter’s beck and call?
Did you find what you were looking for or not at all?

Ape shall not murder, ape take the cure
Bad ape you made a mistake
Annihilation in a cannibal war
Culture might have cured you
And raised you up unscathed
If you had called that f—– by its name…

The film is not a must see, but it is a worthy addition to the trilogy.  The title sells the movie as something that it isn’t: a war movie; it’s a drama about survival-family-revenge with some battle scenes thrown in to quicken the pace.