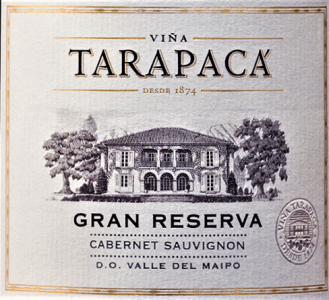 The Central Valley wine region, aka, the Inland Valleys, of Chile is a 250-mile north-south region nestled within the 600-mile north-south depression between the western Coastal Ranges and the eastern Andes, all within the central part of country. The wine region extends from northern most, heavily vined, Maipo Valley, near the capital city of Santiago, down to the table wine capital of Maule Valley in the south, which shares its southern border with the Bio-Bio region. Geographically analogous to the California Inland Valleys with the Central Valley bracketed by the Coastal Ranges to the west and the Sierra Nevadas to the east. Unlike the Inland Valleys of California, the Inland Valleys of Chile have a greater diversity of terroir requiring a narrowing of focus before climate, soils and rainfall can be adequately discussed.

Chile is the 8th largest producer of wine, by volume, in the world while the Central Valley wine region produces around 85%, by volume, of all wine in Chile. Cabernet Sauvignon and Merlot, Petit Verdot, Syrah, Carmenere and Carignan grapes dominate the plantings in the Inland Valleys. Cabernet Sauvignon accounts for more than a third of all vines planted in Chile and almost 50% of the vines in Maipo Valley.

Maipo Valley, an area of 276,000 acres has a little more than 11% of those acres dedicated to growing grapes, and Cabernet Sauvignon is the reigning monarch on these regal lands. Most Chilean wines of prestige come from here, often referred to as the Bordeaux of South America. Like the Rioja wine region in Spain, Maipo Valley is divided into 3 sub-regions based on altitude: Alto, Medio or Central, and Bajo or Pacific; Maipo. Alto Maipo vineyards on the western foothills of the Andes are the area’s crown jewels, producing extraordinary Bordeaux blends from vineyards more than 1300′ above sea level, and as high as 2600′. Down slope and to the west from Alto are the Medio Maipo vineyards producing slightly less discriminating wines. Lower down and further west are the wineries, not necessarily the vineyards, of Bajo Maipo; producers of good wines if sourced from the higher elevations to the east.

Cabernet Sauvignon is the most widely grown grape in the world; coming from zero in the mid-1600s, when it was established as a new species by the natural cross-breeding of Cabernet Franc and Sauvignon Blanc grapes, then rapidly ascending to the prominence of being planted in one out of every 16 vine cultivated acres. A black, thick-skinned grape that has multitude of aromas and flavors from pepper to mint to jam.  With its high tannins and medium acidity it possess the potential for a long shelf life of ageing and consumers just can’t get enough of it.

Vina Tarapaca, founded in 1874 in the western foothills of the Andes Mountains, by Don Francisco de Rojas Salamanca which he originally named, Vina de Rojas. In 1892 the winery was sold to Don Antonio Zavala and was renamed Vina Zavala. When the Zavala divorced his wife, Mrs. Mercedes Ulloa, the winery passed to her as part of the settlement and she renamed the winery to Vina Tarapaca Ex Zavala; honoring her divorce lawyer and future president of the country, Don Arturo “The Lion of Tarapaca” Alessandri and spiting her former husband at the same time. Ouch. In 1992 La Compañía Chilena de Fosforos acquired the company and began gearing its production towards the export market. Also in 1992 the company acquired the Maipo Valley property: El Rosario Estate. In 2008 the company entered into a partnership with the VSPT Wine Group to export fine Chilean and Argentinean wines to international markets.

Vina Tarapaca’s winery and vineyards are located in Isla de Maipo, a town along the Maipo River of about 26,000, approximately 25 miles southwest of Santiago.  The estate encompasses about 6400 acres of which 1600 are planted in vines, and are totally surrounded by mountains and the river. The Cabernet Sauvignon vineyards are tucked into a small mountain canyon growing in piedmont or mountain alluvial soils of a gravelly loam that overlays a sandy, gravelly sub-strata. The soil’s drainage is good and the roots can go deep. The growing season diurnal temperature range is about 50-87ºF and the rainfall averages about 0.5″ per month.

A deep purple; I always love writing that, wine with an earthy blackberry aroma and a faint herbal scent. Full bodied but the tannins and acidity will not overpower you. It has a well-balanced, nice long finish.

A nice wine to enjoy with my super easy shredded pork soft tacoritoes.  You will need about 1 pound of pork, I usually use boneless pork ribs, 1 medium chopped white onion, 2 tablespoons of minced garlic, 2 packages of taco seasoning, 2 diced tomatoes, sliced jalapeno peppers to taste, 16 ounces of a 3 cheese Mexican mix, and 12-24 flour tortillas. Boil the pork in water, along with the onion, garlic, and 1.5 packages of  the taco seasoning for several hours or until the pork is easily shredded with a fork. Drain off all the water except about a cup and shred the pork.  Add in the tomatoes, jalapeno, and the remaining seasoning and mix.  Add additional liquid if too dry.  Mix thoroughly and slowly simmer for about 10 minutes. Spread 1-2 tablespoons of the pork mixture on a tortilla and roll up.  Top with cheese and microwave until the cheese is melted.  Serve with sides of sour cream, picante sauce and other condiments you usually use for your tacos.

An outstanding wine at a nice price. Drink this year but it likely will be good until 2021-2023. Decant and aerate for one hour, or more, before drinking. A great value wine that is now, rather scarce. The link below had the wine at the time of this posting.